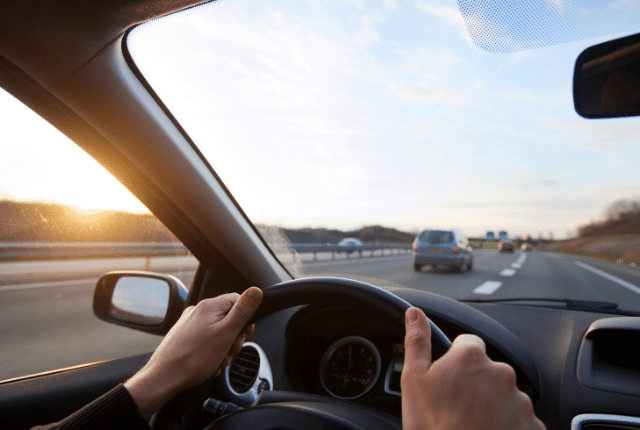 Everyone has experienced one of those moments on a drive when they pass by a scary-looking car wreck. When you make it through the traffic caused by the wreck, you slowly pass by distressed drivers and passengers, their mangled cars sitting stationary and crushed at the side of the road.

While you steal a glance at them as you pass by, you may be thinking, “Thank goodness that isn’t me,” or “Someone wasn’t paying attention,” or “I hope everyone’s okay.” For the rest of that day, you may drive a little more carefully than you would normally because the image of the wreck is fresh in your mind. Then as the images melt away over time, you may go back to less safe habits that could lead to an accident of your own.

Accidents can happen to anyone.

Accidents are unfortunately very common. It takes only a split second of distractedness, one aggressive move that you may think is harmless, or one instance of forgetting to check both ways before pulling forward. This is why defensive driving is so important. Defensive driving is the practice of safe strategies that can prevent accidents from occurring, like yielding to cars and having consistent spatial awareness. We can all make roads a safer place by going the extra mile to ensure that everyone in your car, and the other cars around you, make it to their destination.

What are the statistics?

According to the National Safety Council (NSC), America’s roads and highways have the potential to be very dangerous. 2018 was the third consecutive year when 40,000 people have died in a motor vehicle accident. It is also the third straight year without a significant decline in traffic fatalities. There has been a 14% increase in traffic-related deaths since 2014. A lot of these accidents are caused by driver distraction. It is the leading cause of traffic crashes. Every seven seconds someone is injured in a car crash in the United States. It doesn’t need to be this way. If more drivers were using defensive driving strategies, roads would be safer, and less people would get hurt.

How effective is defensive driving?

The NSC’s number one recommendation to reduce accidents, injuries, and death is defensive driving. This alone is enough of an incentive to consider it but there are other benefits as well. Defensive drivers are less likely to get a ticket. They are less likely to damage their vehicle and more likely to get lower insurance rates. They are also able to create a safer travel experience for any passengers in the car with them. So, if you like saving money and protecting your loved ones, defensive driving is for you.

How can I start using defensive driving strategies?

Defensive driving is possible by following these rules. Soon they may become second nature so that you will have consistently safe travels.

Traffic safety laws are put in place for a reason. They are there to protect everyone on the road. Anyone who ignores these laws puts themselves and everyone else in unnecessary danger. Laws can change from state to state. It is the driver’s responsibility to learn the laws that apply to where they are driving. As long as traffic laws are abided by, the roads are safer.

A distracted driver is a dangerous driver. Do not be on your phone! Whatever message or call comes while you’re driving can definitely wait until you are parked. If it is some kind of emergency, it is best to get off the road and deal with whatever it is while your car is stopped.

Some newer phones have the option of enabling a do not disturb mode that automatically turns on while you’re driving. It puts your phone on silent until you are parked. Using this feature, if your phone has it, can prevent any temptation to look at your phone when you should be looking at the road. You could also have a designated texter if you’re driving with another person.

The Three-Second Rule is a traffic safety rule which indicates that one driver should pass a stationary object no faster than three seconds after the driver in front of them passed the object. This allows you some time to stop if the car in front of you needs to stop very suddenly, which lessens the chance of you rear ending them.

So many people are irresponsibly using their phone while driving. They may stomp on their brakes at any moment because they aren’t focusing. Someone may also stomp on their brakes if they are lost and have to take an unexpected turn. For those who live in rural areas, sometimes wildlife will walk across the road and the car in front of you might need to quickly stop to avoid injuring or killing the animal. Cars sometimes need to stop unexpectedly and it is impossible to predict when this will happen. This is why the Three-Second Rule is so important.

Unfortunately, there are some people on the road who don’t take their safety or the safety of others seriously. It is always best to avoid those drivers at all costs. Those are the kinds of drivers who cause accidents. Late at night, you may see a car drifting in and out of their lane. This could be because they are texting and driving, or they may be under the influence of drugs or alcohol. It’s a good idea to stay away from those cars, implementing the Three-Second Rule if applicable. It’s best to stay out of their way so you don’t become their collateral damage.

Defensive driving is the best way to keep you and others safe on the road. This includes maintaining control of your vehicle to the best of your ability, staying focused on the road and other drivers at all times, and being prepared to react to any hazards that you may encounter on your drive. Do your part in ensuring the roads are as safe as they possibly can be. It could save your life or someone else’s.

If you have been in a car accident and need the services of an experienced attorney, call the law firm of Attorney Dean Boyd. Our Team has the knowledge and skills to get you the compensation you deserve. You can reach us at (806) 242-3333 or Contact Us by email.