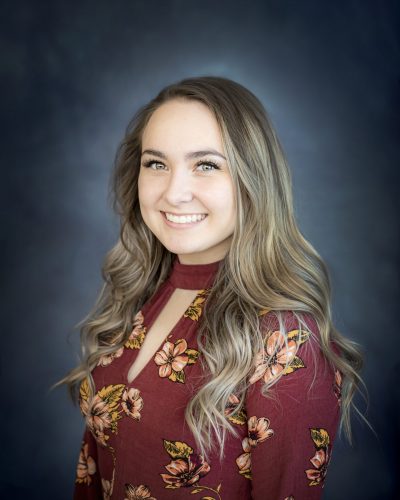 Tarah was born and raised in Rio Rancho, New Mexico which is just outside of Albuquerque. From there, she moved to Oklahoma City with her boyfriend, Zachary, and his best friend, Ryan. After living there for a year, Tarah And Zachary moved to Amarillo to be closer to his family. She always saw herself living in Texas and is so happy it finally happened and is, hopefully, never leaving Texas.

Tarah has 2 sisters, Ashley and Melissa. They are her absolute best friends and couldn’t imagine life without them (even though they fight like an old married couple.) She also has 5 step siblings and 5 dogs back home. Her and Zachary have a dog together named Tesla, who is the most loving and craziest dog you will meet.

Tarah loves being Dean’s Executive Assistant because she thinks she is a perfect match for the job. She loves to organize and put things together and loves to see the end result and everyone happy.

Outside of work, Tarah enjoys playing with her dog, seeing family and friends, trying new restaurants, traveling, going to the lake, and watching movies.

Her favorite football team is The Dallas Cowboys (and yes, she is a self-admitted bandwagon fan). Her favorite movie is Someone Great, her favorite show is Friends, and her FAVORITE restaurant, ever is Dion’s Pizza.