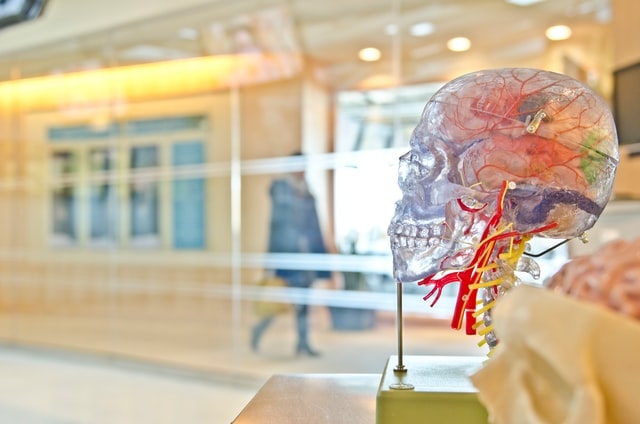 Head injuries are some of the most common afflictions resulting from a car accident and some of the most dangerous. In some cases, victims can be unaware that they have brain trauma, putting them even more at risk. Healthcare providers will look at the type of injury that a car wreck victim has to determine possible symptoms and a recovery plan. If you have been in a car accident, here are 5 types of brain injuries that can occur.

Concussions are the most common head injuries from wrecks. They are caused by blunt force, usually from whiplash when a person’s head hits the side window or steering wheel. It can even occur from sudden changes in movement.

This injury can be accompanied with a loss of consciousness. However, this is not always the case. Sometimes concussions have less obvious symptoms, such as dizziness and confusion. If you think you may have a concussion, you should seek help immediately. Not doing so can cause permanent damage.

A contusion is similar to a bruise, but on your brain. It is also caused by blunt force. Concussions and contusions can happen at the same time, so it is possible to have both after a car accident.

Pain and swelling is a good indication of a potential contusion. Other symptoms may include difficulty with speaking and movements, trouble with memory, and changes in cognition. Like concussions, contusions don’t have obvious symptoms in every instance. Some even require surgery to remove to reduce the risk of blood clots forming. It’s best to get medical help as soon as you can after a wreck to prevent life-threatening results.

Coup-contrecoup injuries are associated with contusions, but occur on both sides of the brain. This type is often overlooked because the area of the head that is impacted from a car accident is checked first.

Symptoms are similar to contusions. If you receive and blow to the head in a wreck, it is best to get checked. Even if you aren’t experiencing symptoms right away.

This type of brain injury occurs when an external object has punctured the skull. Oftentimes, the objects that are in our cars can become deadly during an accident.

You can see this type of injury as soon as it happens, unlike concussions and contusions. These wounds can cause a loss of consciousness, heavy blood loss, difficulty breathing, and more. Surgery may also be required.

Diffuse axonal injuries happen when the brain shifts quickly inside the skull as an injury is in process. Axons, long connecting fibers in the brain, become sheared.

Symptoms and recovery depend on how severe the injury is after a car accident. The most common symptom is a headache. Other symptoms can include vomiting, nausea, fatigue, and dizziness. Loss of consciousness is also a symptom for more extreme instances. In mild cases, rehabilitation may be an option, but for more severe cases, it could result in a coma or death.

What should you do right after a car accident?

Seek immediate medical attention. Even if you think you are fine. Our brains are part of what makes us who we are. An injury to this organ can be life-altering and hinder future growth.

After getting medical help, call an experienced attorney, like the law firm of Attorney Dean Boyd. Our Team has the knowledge and skills to get you the compensation you deserve. You can reach us at (806) 242-3333 or Contact Us by email.